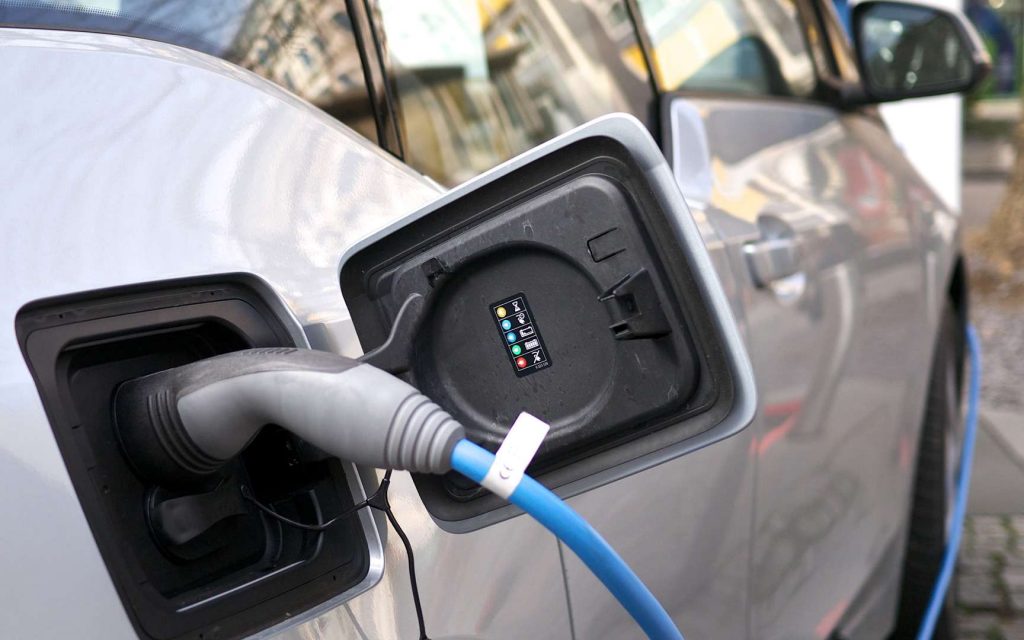 Samsung SDI has just unveiled a prototype battery for an electric car compatible with the fast charging system similar to that of smartphones. Result, in 20 minutes of charge, the battery has 500 kilometers of autonomy.

There are mainly two solutions to deal with the problem of the autonomy of  electric cars: increase the number of batteries or reduce the charging time in order to allow the driver to make a long journey without having to stop for a prolonged period. The first solution is the simplest but least obvious because it puts a strain on the vehicle’s weight and imposes additional constraints in terms of design. The second option is being explored by major battery suppliers and manufacturers of electric cars.

Among them is Samsung SDI, the subsidiary of the Korean giant which manufactures lithium-ion batteries and notably supplies BMW. Taking advantage of its presence at the North American International Auto Show held in Detroit (United States) earlier this week, Samsung SDI has unveiled a new generation of battery that will be able to offer the equivalent of 600 kilometers of autonomy. But above all, just 20 minutes of charging will be enough to recover 80% of the accumulator capacity, or 500 kilometers.

Mass production of Samsung batteries to start in 2021

“This means that only 20 minutes on a highway rest area sufficient to charge the battery, eliminating the fear of electric vehicle drivers related to autonomy,” says Samsung in its press release. Currently, the rapid chargers made available by Tesla are capable of restoring the equivalent of 273 kilometers of range in 30 minutes. The new Samsung battery could therefore almost double this figure. But its industrial production will not start until 2021.

In addition, Samsung has also presented a new cylindrical lithium-ion cell format called “2170” because it measures 21 mm in diameter and 70 mm in length. It offers the advantage of being able to accommodate 24 cells in a standard battery module compared to 12 currently. This allows to go from 2-3 kWh to 6-8 kWh on a module of the same dimensions. You should know that Tesla, associated with Panasonic, has also adopted this 2170 format and started mass production in its giant factory Gigafactory which has just entered into service. These batteries will be used for the new  Tesla Model 3,  which is scheduled for release in the second quarter of 2017.

The electric car seems to be gaining more and more followers. However, the question of autonomy is still an obstacle to the deployment of this type of vehicle. Thanks to a project led by researchers at the Ecole Polytechnique Federale de Lausanne, in Switzerland, it may soon be possible to fill up with electricity as quickly as filling up with petrol.

In France, registrations of electric passenger cars increased by some 62% between 2014 and 2015, according to figures from the Association for the future of electro-mobile vehicles. To further amplify the development of the electric car , it will have to gain autonomy. Around the world, engineers and researchers are working to improve battery performance. Those of the Federal Polytechnic School of Lausanne (EPFL), in Switzerland, have chosen to focus on another aspect of the problem: that of the battery charging time. They therefore offer, thanks to a so-called intermediate storage system, to charge the battery of an electric vehicle in just 15 minutes.

The batteries have undoubtedly already made significant progress in storage. A few months ago, Elon Musk, the CEO of Tesla Motors, a large manufacturer of electric cars, estimated that by 2020, the range of its vehicles could exceed 1,000 kilometers. If such a promise could decide many potential users to take the step, it is the electrical network that might not resist. How will it support the simultaneous charging of thousands of vehicles? This is the question that the EPFL researchers asked themselves.

According to them, one of the main difficulties linked to electric cars is the charging time. To get an idea of ​​the magnitude of the problem, imagine that it takes about 1.5 minutes to fill the tank of a diesel car. A full tank which then allows you to drive 1,000 kilometers. In 1 mn 30, the charge of the battery of an electric car would not bring it more than 6 kilometers of autonomy! To charge faster, it’s simple – on paper at least – you have to increase the input power, at the risk of dropping the electrical network.

EPFL researchers have invented an intermediate storage system. Enough to decouple charging stations from the network while guaranteeing unequaled speed of execution. Concretely, this electricity storage consists of a lithium-iron battery the size of a maritime container. This battery is supplied continuously and at low power on the network. When an electric car arrives, it is this buffer battery which provides, on the spot and without having to request the network, the power essential for an ultra-fast charge.

The demonstrator, built by the EPFL team and its partners, takes the form of a trailer carrying the buffer battery. This is charged on the low voltage network and is capable of supplying, within a quarter of an hour, the 20 to 30 kWh necessary to charge a standard electric car battery. According to the team coordinator, there is still room for improvement.

With the rise of the electric vehicle, all our habits are likely to be turned upside down. In the past, pump attendants have evaluated the size of their tanks based on various data. In the future, they may need to estimate the size of their buffer storage based on traffic statistics, estimated number of electric vehicles, battery charge capacity, etc. Simulations carried out by EPFL researchers thus show that a station which would ensure the rapid recharging of 200 vehicles per day would need an intermediate storage capacity of 2.2 MWh. It is the same order of magnitude as the energy consumed by a home… in one year! However, by volume, this “only” corresponds to some four sea containers.