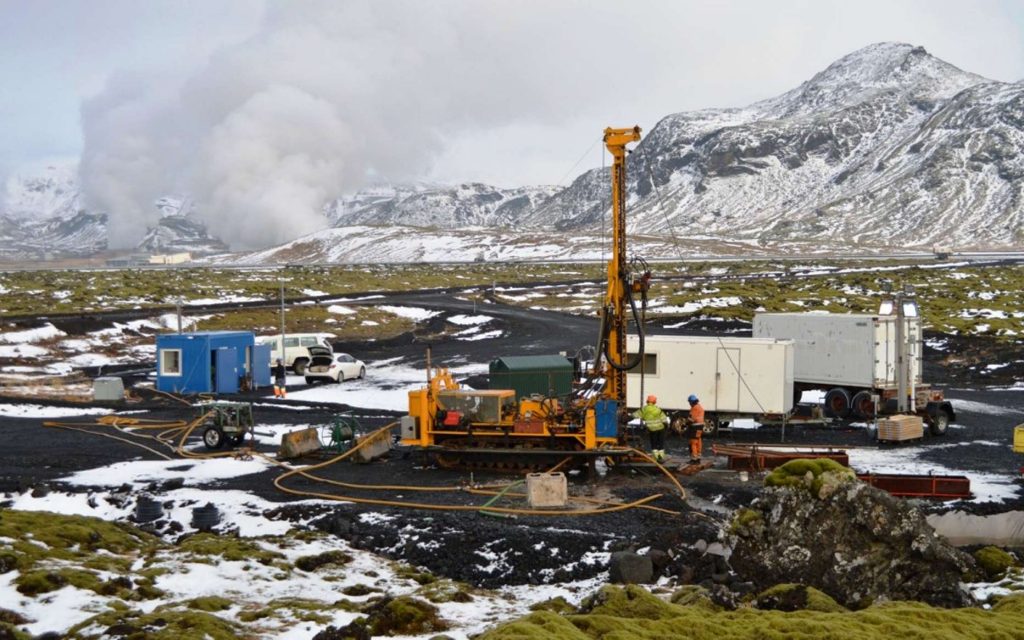 Man may not be able to limit the use of fossil fuels for the next decades. It must then be able to capture the carbon dioxide (CO2) produced by the industry and then store it durably in the ground. This is not to be won… However, promising results have been obtained with basalt, to the surprise of researchers.

The concentration of greenhouse gases has never increased as much as in the past fifteen years. Despite the commitments made by many countries, no concrete solution seems to emerge. Cnes met with Jean Jouzel, a renowned climatologist, to find out more.

Humans inject approximately 40 billion tonnes of carbon dioxide (CO2) into the atmosphere each year. This figure should increase with the use of the fossil fuel reserves still available (in order to solve the problems of a growing population). There is probably still enough oil and coal to make a smooth transition to a more sustainable lifestyle based on renewable energy – and perhaps fusion – by 2050. However, unfortunately, resulting climate change will cause hundreds of millions, possibly billions, of climate refugees, plunging the “global village” of humanity into civil war well before 2050 if we do not immediately reduce the use of fossil fuels .

How to resolve this contradiction? Perhaps by discovering the means of quickly burying the CO2 generated by industrial development. We speak more precisely of “geological sequestration”. Indeed, the basic idea is, for example, to use the rocks of ancient deposits of oil to store the gas liquefied carbon.

Experiments are underway on this subject but the concept, although attractive, is not without problems. So there is no real guarantee that carbon dioxide will not quickly escape back into the atmosphere.

Seize CO2 as carbonates in basalt

Other researchers have therefore decided to explore another idea. It consists of injecting CO2 into basaltic rocks so as to produce precipitation reactions there. Carbon dioxide is trapped in solid form, its storage is much more stable.

Thus, the members of the CarbFix project have just announced, via a publication in the journal  Science, that they had obtained spectacular results. These do not yet give a definitive solution to the problem of global warming, but they do bring some hope.

It’s been ten years since Icelandic, French and American scientists have embarked on the CarbFix project, 25 kilometers east of Reykjavik, Iceland (see on Vimeo). For this, they first proposed to capture the carbon dioxide from the degassing of magma in the soil. Mixed with water, carbon dioxide then gives a fluid whose pH is 3.2 because of the presence of carbonic acid which is formed there. Geochemists had predicted that, when injected into basalt at depths between 400 and 800 meters, this acid would dissolve calcium and magnesium ionshost rock and that a precipitation reaction would eventually give carbonates. The process was still expected to take more than a decade.

The experiment started in 2012. To make sure that there was no leakage, a little carbon (in the form of one of its isotopes , namely the famous carbon-14) was injected. Also with water containing carbonic acid. In this way, it was possible to identify any rise in carbon dioxide on the surface. Nothing like this has been measured.

After about a year and a half of operation, a problem with one of the pumps in an operations monitoring well led the engineers to remove it from the ground. To their surprise, it was covered with calcite containing carbon 14. Subsequent analyzes led to the conclusion that 95% of the 220 tonnes of CO2 had been transformed into this mineral. The geological sequestration process was therefore much faster than expected (less than two years)!

Basalts are abundant on Earth. There are many on the continents but also, and especially, at the bottom of the oceans: they constitute the oceanic crust. It remains to be seen whether this small-scale experiment will give the same results on a much larger scale. One could imagine that the precipitation, so effective, of calcite could well oppose the injection of water charged with carbon dioxide for example. Finally, the price of this geological sequestration technique remains prohibitive; a real economy should be created which would really encourage manufacturers to use it. So there is still a long way to go before we can say that we have the solution to the problems of global warming to maintain energy production.