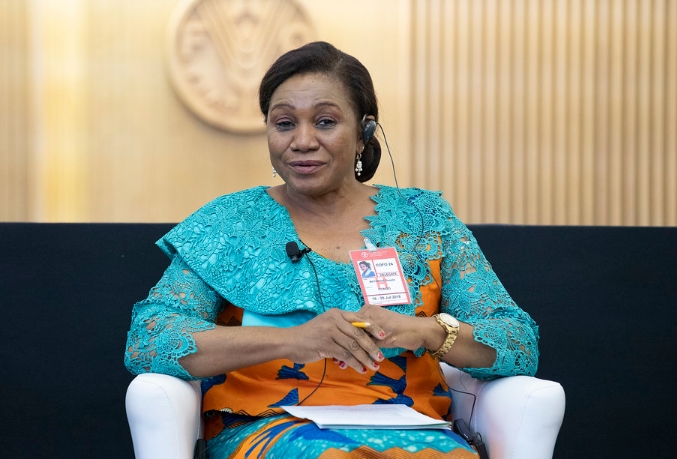 In a message from the government on National Tree Day (JNA) delivered on November 3 in Brazzaville, the Minister of Forest Economy, Rosalie Matondo, reiterated Congo’s commitment to fight against deforestation and climate deregulation.

The Minister of Forest Economy invited the population to plant trees, as prescribed by the theme of the 36th edition of the JNA. Tree planting is, according to Rosalie Matondo, one of the solutions currently advocated in the fight against climate change. It is especially recommended by the law establishing the JNA.

The vision of the Congolese authorities is to integrate trees into socio-economic and cultural development strategies, as well as environmental protection and the promotion of forestry. The choice of the theme “The planet needs us. To save it, let’s plant the trees!”, said the Minister, reflecting the State’s desire to consolidate the national dynamic around the issue of climate change.

“The tree is a source of life, in that it provides us with fruit, energy, water, wood, essences, oils, shade and above all the air we breathe. And also, it is thanks to its ability to purify the atmospheric air that the tree plays a central role in the fight against climate change, in particular through its large-scale use in forest and agroforestry plantations, carbon sinks. atmospheric”, hammered Rosalie Matondo.

The government’s call coincides with the opening in Sharm El-Sheikh, Egypt, of the 27th Conference of the Parties to the United Nations Framework Convention on Climate Change. The international community is debating solutions to remedy the upheavals. The Congolese party intends to seize this opportunity to present its green economy projects, in order to generate carbon credits that can be used on the eponymous market.