‘Ecological end’: turning the body into compost after death

‘Ecological end’: turning the body into compost after death 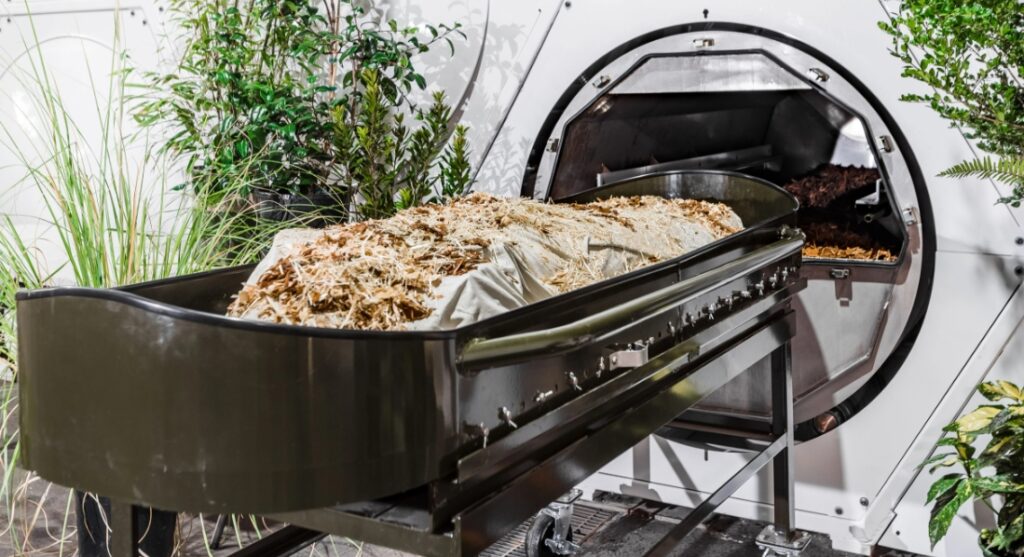 Buried, cremated or donated your body to science? You may not want to think too much about death yet, but there is now another, ecological way to deal with a deceased body. How about turning a body into compost?

It already exists in America. American Katrin Spade is the mastermind behind Recompose, the company that turns corpses into compost. Vice wrote about the rise an ecologically responsible ending.

The company now has space for ten bodies. Intended to deal with death in an ecological way. How’s that going? In a warehouse in Kent, Washington state, are hexagonal steel boxes. It contains wood chips, straw and alfalfa. Heat, water, carbon, nitrogen and oxygen are also attuned to each other. A body can decompose in this way in the ultimate way.

And that goes faster than you might think. In thirty days the natural mechanisms break down the body. When the body is gone, the remaining soil is dried for two weeks to a month. After that, relatives are given the land or it is donated to an ecological project.

And according to the inventors, this is a more environmentally friendly way of dealing with death than, for example, cremation or burial. In America, several states, in addition to Washington, are now working to legalize this organic way of death. Recompose is now considering expansion and more and more similar methods are emerging in America.

Do you also compost the body in the Netherlands?

Are you considering this eco-friendly end of your life? The composting process costs USD 5,500, which amounts to EUR 4,500. By the way, did you know this American lab where they freeze people after death?

In the Netherlands, D66 MP Monica den Boer suggested a similar plan at the end of 2019. To enable the “resomation, cryomation and composting” of bodies. It just wasn’t included in the law.