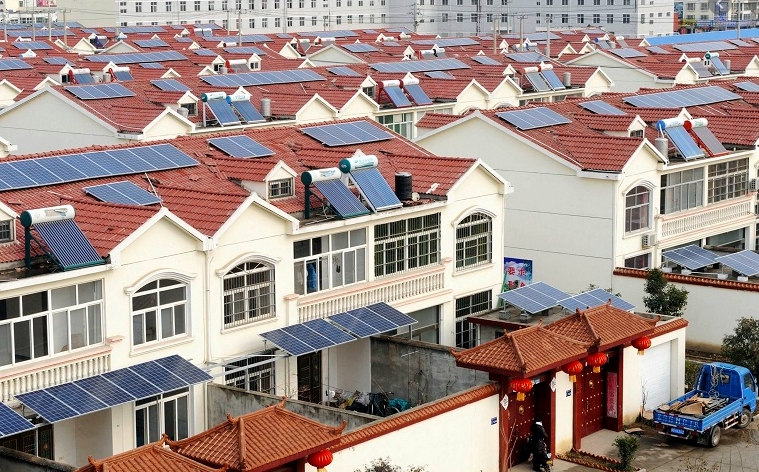 When it comes to energy policy, China is a country of contradictions. The country is actively introducing renewable energy sources (RES) into its energy mix, building more wind and solar power plants, and applying and exporting modern green technologies. At the same time, it is not withdrawing support from the coal industry and is in no hurry to develop spot electricity markets.
Experts at the Oxford Institute for Energy Studies have concluded that China will maintain the stability of its wind and solar energy markets while gradually, step by step, implementing structural changes. Therefore, even with continued investment in hydrocarbons, the combination of market power and domestic policy transformation will lead to the country’s transition to green energy, they argue.

In their review of China’s approach to RES, they note that this year the Celestial Empire maintains global leadership in the introduction of new photovoltaic capacity, even though the installation of solar panels has slowed over the past year and a half. In 2018, for example, a total of 66 GW of wind and solar capacity was commissioned. The latter occupy a record 44 GW in this volume. In 2019, this figure fell to 56 GW, of which 30 GW is solar power.

Oxford sees the main reason for the current negative trend as green tariffs lagging behind the market. The rapid decline in the cost of wind and solar power has led to alternating cycles in the sector – ups and downs. At the same time, the authorities have not been particularly good at adjusting green tariffs to avoid overheating the market. And in 2018, the regulator began signalling that it might abandon such tariffs altogether, as money to subsidise them was running out. After all, the relevant funds are formed from additional electricity charges, and the government is not going to increase them. Additional funds in this case can only appear there due to growth in demand for electricity. In 2020, the authorities will focus on this, with very limited and selective approval for projects that can benefit from feed-in tariffs.

But there are other factors as well. The continued build-up of coal-fired plants plays a role in the weakening of the renewables market. Their utilisation rates are small, but they are seen as a necessary guarantee of security of supply. The slowdown in renewable capacity growth is also due to the transition to new deployment regions and more modern technologies. Since onshore wind turbines and large power plants are more competitive without government support, the regulator has directed major subsidies and other bonuses towards distributed solar generation, rooftop photovoltaic installations and offshore wind incentives. As a result, distributed generation accounted for 30.6% of new solar capacity last year, while offshore wind installations added 37.8% over the year.

A special feature of PRC energy policy is that it combines market-based methods and planning elements. Under the latest plan this year, China has abandoned its ambitious targets for the renewable energy market and switched to a sustainable development strategy, experts emphasise. First and foremost, the authorities have focused on the problem of insufficient renewable energy consumption. In 2016, for example, the total under-utilisation of energy produced by wind farms was 17%, and in some provinces even reached 40%. Therefore, in 2018, the centre obliged the regions to reduce the rate of under-utilisation of renewable energy, and then obliged them to keep it below 5%. As a result, in 2019, the figure for wind power fell to 4% and that for solar power to 2%. In addition, renewable energy performance certificates and green bonds were introduced to support the market. In this way, Beijing wanted to shift the burden of financial support for the sector from the state to investors, but did not create market conditions for new renewable energy projects. This is why green certificates, in particular, have never really taken off, according to Oxford.

The spread of the coronavirus around the world has also made a dent in green trends. Low demand for electricity means reduced additional fees, and therefore subsidies, for China’s renewable energy sector. The State Energy Administration has already reduced the amount of available subsidies for new solar power plants from 2.6 billion yuan announced last November to 1.5 billion in February 2020.

Moreover, the lower the demand for electricity, the lower the demand for coal. In the first three months of this year, electricity generation from combustible sources – mainly coal – fell by 8.4% year-on-year, while solar and wind generation, by contrast, added 7.6%. Over time, however, low demand may force the provinces to abandon new RE capacity, as their power systems are predominantly coal-fired.

The competition of renewables with this particular resource has become an obstacle to the green economy. Officials perceive coal as a reliable, foundational fuel, analysts say. But no one even thinks about renewables when it comes to China’s energy security. This is reflected at all levels of government. The population and the authorities still perceive renewables as expensive. Although they have proven time and again that they can be competitive, and coal-fired power plants are increasingly making a loss.

Another challenge is the slow transition to spot markets. It is not yet clear to Oxford analysts which particular market model the PRC will choose. Whether it will be able to ensure that all energy sources are competitive at full cost and spread the economic burden evenly across regions is also difficult to predict.

Nevertheless, Oxford believes that, over time, China’s slow-but-steady approach to developing electricity markets could still lead to a strengthening of renewables. This is especially likely if wind and solar energy prices fall further in 2021-2022.