Biodiversity: the damage of the Balbina dam in the Amazon

Biodiversity: the damage of the Balbina dam in the Amazon 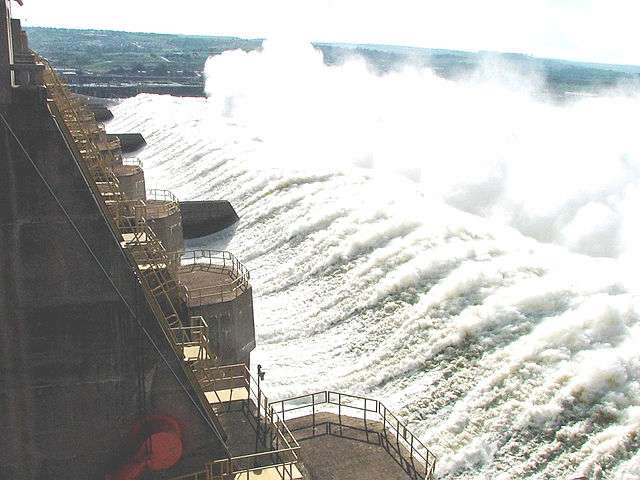 Designed as a source of renewable energy, hydroelectric dams can significantly degrade local flora and fauna. The case of the Balbina dam in Brazil, analyzed in a scientific study, attests to this.

Research on one of the world’s largest hydroelectric dams in the flooded area, the Balbina dam, in Brazil, reveals a loss of mammals, birds and turtles on the vast majority of the islands formed by the immense reservoir of water. Built to supply ecologically electricity to the countries that host some large dams are already known to increase the emissions of greenhouse gas, says the study published in the journal Plos One. On the other hand, few analyzes relate to the impact of such works on forest biodiversity. “We are just beginning to realize the staggering scale ofin forest areas that remain above water, like islets of habitats, “explains Carlos Peres, researcher at the University of East Anglia, England, and co-author of the report.

His team focused on the example of Balbina, north of Manaus. Completed in the late 1980s, the Brazilian infrastructure has immersed more than 312,000 hectares of primary tropical forest and generated an artificial archipelago of 3,546 islands. For two years, researchers studied the biodiversity in terrestrial and arboreal vertebrates of 37 independent islands and three neighboring and continuous forest areas. High resolution satellite images have also enabled them to understand plant degradation on the islands.

The results show, after 26 years of isolation, a general loss of animals: of the 3,546 artificially created islands, only 0.7% of them (25 islands) are now likely to harbor at least 80% of the all 35 species studied. These animals are primarily concentrated in refuges emerged from an area of ​​more than 475 hectares. In contrast, large vertebrates – including mammals, large game birds and turtles – have disappeared from most fragmented land areas.

Another pressure on the remaining biodiversity: fires. “Most of the small islands succumbed to exposure to wind and short-lived fires that occurred during a severe El Niño drought in 1997 and 1998,” says Maíra Benchimol, researcher at the University of East Anglia. and co-author of the article. And the burnt islands keep even fewer species than those spared, she continues.

While some wild animals can cope with a loss of their habitat, the future of the demographic and genetic viability of small isolated populations in the areas affected by large dams seems bleak, worry the study authors, many species are unable to swim from one island to another to cross their populations. Scientists predict a local extinction rate of more than 70% of the 124,110 populations of the species studied on the archipelago. “We highlight the colossal erosion in the diversity of vertebrates caused by a dam and we show that the biodiversity impacts of mega-dams in tropical lowland forest regions have been seriously neglected “.

As the Brazilian government plans to build hundreds of new dams in some of the most biodiversity-rich tropical forest regions on the planet, the researchers recommend “an urgent re-evaluation of this geopolitical strategy” and strongly advise that the impacts on long-term biodiversity are explicitly included in environmental impact studies prior to any authorization for such constructions.