2022: Announcement of a renewable energy system based on the recycling process

2022: Announcement of a renewable energy system based on the recycling process 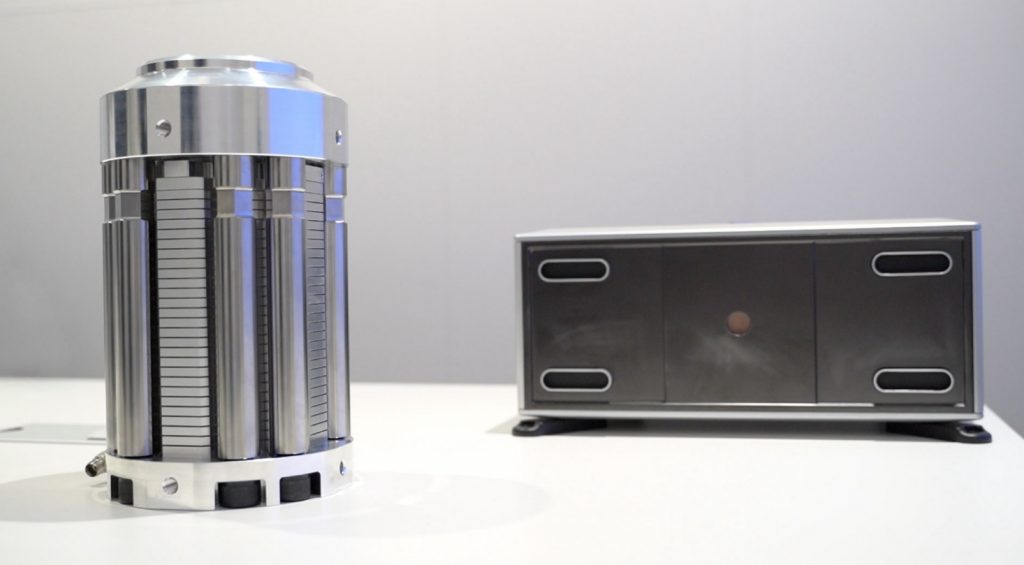 On 4 May 2022, Honda announced the release of a renewable energy system based on the recirculation process.

According to the company, it has been almost fifty years since humans first landed on the moon, an event that thrilled the world. In 2024, humans will try again to repeat the mission. This time, the plan is to build a base for sustained and uninterrupted human activity on the planet. Honda is working on the technological development of a key system responsible for supplying breathable oxygen, hydrogen for fuel and electricity for a range of applications. Honda is working on a plan to adapt the biosphere of Earth’s natural satellite: the moon should become habitable for humans using only the available resources of sunlight and water.

When humans first landed on the moon in 1969, astronauts stayed there for less than a day. The United States wants to land on the Moon again by 2024 and has set up the Artemis programme to return humans to the Moon and build a base on its surface.

In order to remain on the surface of the moon for an extended period of time, humanity must build the necessary infrastructure to do so. Honda is conducting joint research with the Japan Aerospace Exploration Agency (JAXA), an international partner in the Artemis program. The joint research effort is focused on developing a renewable energy system based on the recycling process that would harness the sunlight and water that are expected to be available on the lunar surface to produce and recycle oxygen for respiration, as well as to generate electricity and hydrogen power.

The renewable energy system based on the recycling process includes a high-pressure electrolysis system for water. Through pressure and electricity water is split into hydrogen and oxygen. Part of the oxygen can be used for human breathing, while the rest can be stored in fuel cells for subsequent electricity generation. From the fuel cells, the water returns to the high differential pressure water electrolysis system, completing the energy cycle.

The renewable energy system based on recycling processes that Honda is working on is part of the infrastructure that will enable humanity to survive on the surface of the moon, where most conventional resources other than sunlight and water will not be available.

Circulating water in its various forms can produce both hydrogen and electricity, as well as oxygen for human breathing. The circulation process is carried out with constant efficiency.

Hydrogen can be obtained from different types of resources. It is attracting attention as a next-generation energy source that does not emit carbon dioxide. Honda is using this energy source in a development called the Power Creator. This development in turn electrifies water to produce hydrogen, adapted for use in fuel cells for vehicles and for hydrogen stations that supply hydrogen to households. Honda has developed a high differential pressure water electrolysis system, which is the core technology for the Power Creator.

A hydrogen molecule consists of two hydrogen atoms. The hydrogen gas has such a low density that it escapes quickly, even when stored at low pressure. In order to store enough hydrogen for an application, large quantities of hydrogen molecules must be stored under high pressure in a tank. While mechanical compressors are normally used for this task, Honda has independently developed a pressure differential design capable of storing hydrogen at high pressure without the use of a compressor.

The cost of transporting an object into space would normally be 100 million yen per kilo. Therefore, equipment intended for use in outer space must be lightweight and compact.

JAXA was interested in Honda’s high-pressure water electrolysis system, which can store hydrogen at pressures up to 70 MPa, about 700 times the atmospheric pressure on Earth. They were also interested in its light weight and compact size, and the low frequency of maintenance required, as the system does not have a mechanical compressor. This is what prompted Honda’s development.

The electrolytic membrane is only about 0.1 mm thick. A pressure of 70 MPa, about 700 times the Earth’s atmospheric pressure, is so high that it exerts a force of 700 kg per square centimetre, causing the membrane to burst. Honda developed a support structure that equalizes the force applied to the electrolytic membrane, as well as a porous material capable of withstanding such high pressure. This made it possible to maintain such high pressure without losing the integrity of the diaphragm. Using models developed by Honda for simulation testing, the materials were repeatedly created and tested, resulting in a suitable material for the project.

Honda worked on the design and development of the electrolytic membrane in the research facilities of Honda R&D Co., Ltd. The research process, involving the fabrication of real materials and substances directly at the research site, as well as the application of trial and error, resulted in the creation of the technology.

The environment on the Moon is extremely harsh. Temperatures range widely between 110°C during the day and -170°C at night. The force of gravity is only one-sixth that of the Earth. Without air, the surface of the Moon is exposed to radiation. The extreme conditions of development in space mean that humans must rise to the challenges posed by technology in addition to the rigours of the environment. It is also important to improve fuel economy and efficiency in general and on Earth. However, on the Moon, the slightest reduction in efficiency can directly translate into more solar panels and other materials that need to be transported from Earth, which would mean a cost increase of 100 million yen per kilo.

The technology needed on the moon and in other space applications where extreme sustainability is needed will become an integral part of sustainability on Earth as well. Honda is convinced that it is important to develop circulating renewable energy systems because they are a technology that will lead to carbon independence and neutrality. The main components of the high differential pressure water electrolysis system also include a high differential pressure water electrolysis unit.