What Is The Environmental Impact Of The Mining Industry?

What Is The Environmental Impact Of The Mining Industry? 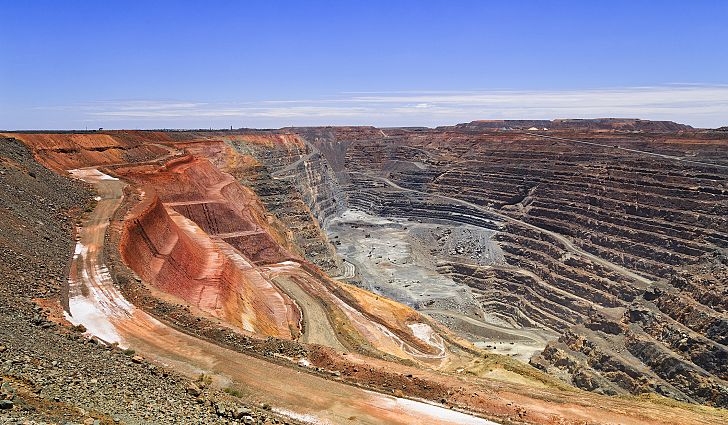 Water pollution, loss of biodiversity, soil erosion and pollution, and formation of sink holes are among the worst effects of the mining industry on the environment.

Mining is the extraction of minerals and other geological materials of economic value from deposits on the earth. Mining has the potential to have severely adverse effects on the environment including loss of biodiversity, erosion, contamination of surface water, ground water, and soil. The formation of sinkholes is also possible. Other than environmental damage, mining may also affect the surrounding population’s health as a result of contamination caused by the leakage of chemicals.

In some countries, mining companies are expected to adhere to rehabilitation and environmental codes, making sure that the area mined is eventually transformed back into its original form, or at least as much as it is possible. Different types of mining methods can have significant public health and environmental effect.The erosion of exposed tailing dams, mine dumps, hillsides, and the resultant siltation of creeks, drainages, and rivers can affect the neighboring areas. A good example is Papua New Guinea’s Ok Tedious Mine. Mining around farming areas may either destroy or disturb the crop lands or productive grazing lands while in wilderness areas it can cause either the disturbance or the destruction of ecosystems.

Mining operations have environmental responsibility include the protection of land, water, and air. In the United States, mines operated for years before strict environmental controls were implemented, as information on environmental conservation was either unknown or underestimated.

All mining methods affect the quality of air, as unrefined materials are released to the surface when mineral deposits are exposed from the site. Mining requires soil to be removed and when that happens vegetation is also removed which eventually exposes the soil to weather, causing the particles to become airborne through road traffic and wind erosion. The unrefined particles can be composed of toxic materials such as lead, cadmium, and arsenic. Such particles can adversely affect the health of humans thus contributing to illnesses related to the respiratory systems such as emphysema. However, the particles can also be absorbed through the skin or ingested.

Mining can cause physical destruction to the surrounding land by creating landscape blots such as open pits and piles of waste rock. Such disruptions can contribute to the deterioration of the area’s flora and fauna. There is also a huge possibility that many of the surface features that were present before mining activities cannot be replaced after the process has ended. Landscape declination caused by ground movements on the surface of the earth as a result of collapsing overlaying sheets can cause damage to roads and buildings. About 500 subsidence collapse features contributed to the abandonment of underground metal mines which were discovered in the Galena, Kansas area between the years of 1980 to 1985 where lead ore mining took place from 1850 to 1970. The whole mining area was later restored between 1994 and1995.

Water pollution is also caused by mining and can include metal contamination, increased sediment levels in streams, and acid mine drainage. The sources of water pollution as a result of mining can include processing plants, tailing ponds, underground mines, waste-disposal areas, active or abandoned surface or haulage roads. The sediments are most likely from increased soil erosion causing siltation or the smothering of stream beds. Siltification caused by mining affects irrigation, swimming, fisheries, domestic water supply, and other uses of streams. Mining results in unnaturally high concentrations of chemicals such as mercury, arsenic and sulfuric acid over a significant area surrounding the mine.

Types of water pollution as a result of mining include acid rock drainage and the dissolution or transportation of heavy metals by ground water. The United States has enforced federal and state mining laws that require companies to meet and adhere to the standards put in place for the protection of surface and groundwater from contamination. The process of bioleaching is the best option for protecting the water from mining pollution by using non-toxic extractions. If the Mining site is already contaminated, then mitigation techniques such as acid mine drainage (AMD) is performed. There are five main techniques used in the monitoring and controlling of water flow at mining sites. The five techniques include subsurface drainage systems, groundwater pumping systems, diversion systems, subsurface barriers, and contamination ponds. When the process of AMD is used the contaminated water is pumped into a facility for treatment that eventually neutralizes the contaminants.

The effects of mining activities are observed after the mining process has ceased. The destruction or drastic modification of the pre-mined landscape can have an enormous impact on the biodiversity of that area. Mining is a significant threat to biodiversity as it leads to a large massive habitat losses which affects microorganisms, vegetation, and animals. Temperature modifications or PH as a result of mining can disrupt the livelihood of the communities that live in proximity to the site. Endemic plant and animal species are most affected since they are very sensitive and they require specific environmental conditions, even the slightest disruption of their habitats can result in extinction or put them at high risk of being wiped out.

The effects of mining activities on the biodiversity of an area is determined by the level of concentration, extent, and the nature of the contaminant. There are species that are resistant to such disturbances while others are adversely affected to the extent of completely disappearing from the mining zone. A landscape affected by contaminants from mining sites can take a long time before they completely recover. Remediation processes do not offer any guarantees that the biodiversity of the land will recover as it were before the mining activity. Aquatic organisms are also affected by the mining industry by direct poisoning.