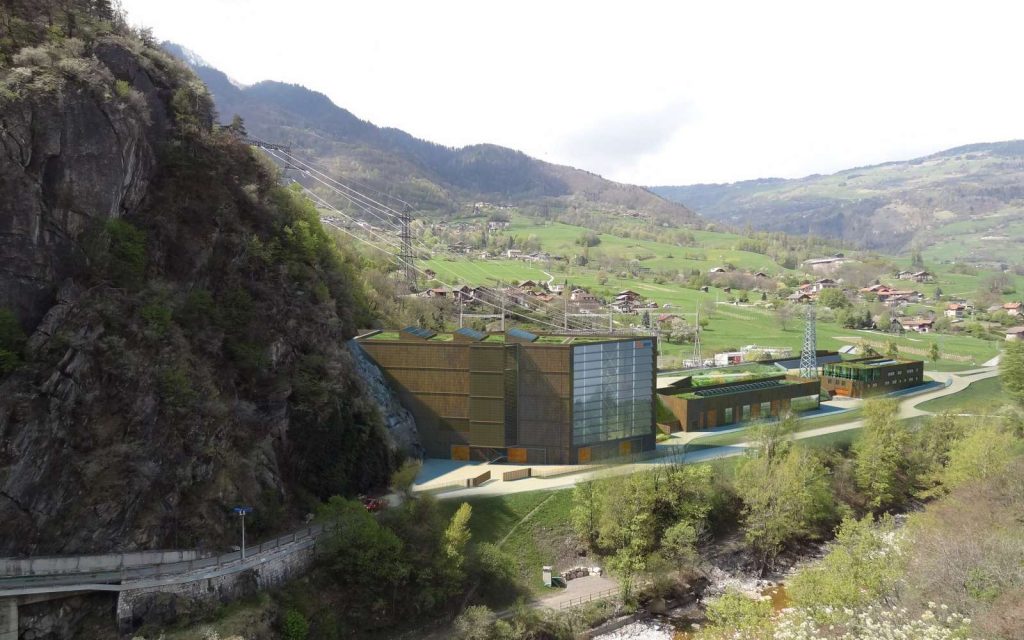 The largest “Pelton” turbine in France is being installed in Savoie, at La Coche, to increase the electric power of an original power station, where, sometimes, the water rises to the top of the mountain. Visit this video site like no other.

In Savoy, at the entrance to the Tarentaise, an important site is integrated into the landscape. This “STEP ” ( pumped energy transfer station) a new production group. Of the “Pelton” type (from the name of the American inventor of this bucket wheel, in the nineteenth century), it is the most powerful of its kind in France, with 240 MW.

At the end of the site, the  La Coche power plant will have gained 25% of power, with production which will increase by around 100 GWh per year. This surplus represents roughly the consumption of a French city of 40,000 inhabitants. Above all, it will allow the plant to respond to brutal peaks in demand for electricity.

In a WWTP, water flows from an upper basin (here the La Coche basin, fed by 28 km of galleries from tributaries of the Isère) to a lower basin (in this case the dam of Aigueblanche). The power plant (underground at La Coche) then produces electricity to the network. In off-peak periods, when production exceeds demand, operation is reversed. The water from the downstream basin is raised to the upstream basin, thanks to turbines operating in reverse and supplied with excess electricity.

This recovery principle therefore optimizes the use of the potential energy of the upper basin, making it possible to smooth production. In addition, the La Coche varies widely because it is particularly high at the time of melting snow. A STEP is therefore here indicated to supply the populations with a maximum of renewable energies.