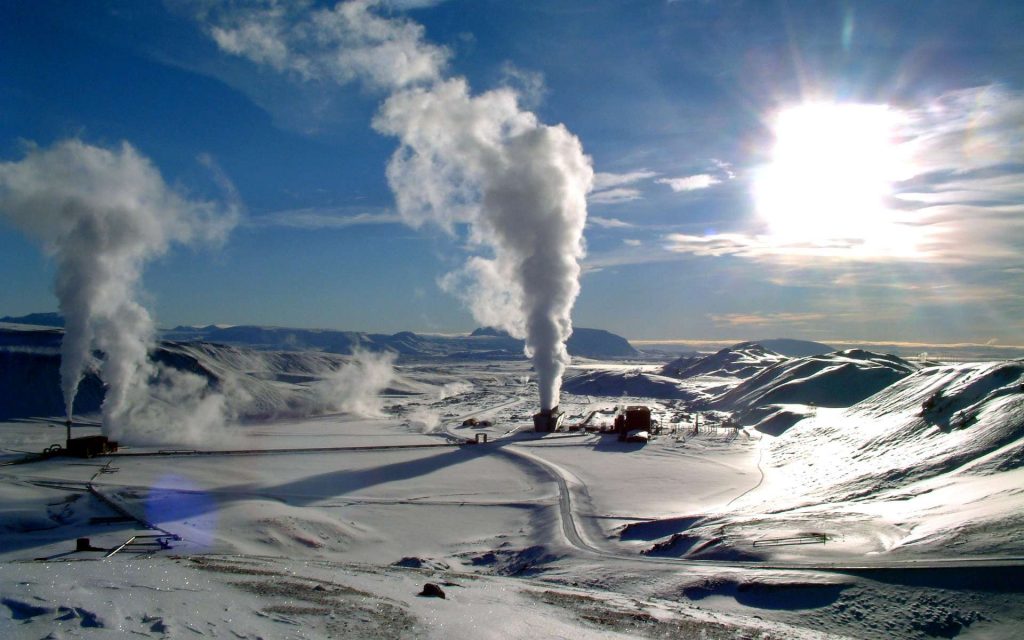 In Rittershoffen, in the north of Alsace, a deep geothermal power plant has started operating after several years of study. It will produce 24 MW of thermal energy, therefore in the form of heat, directly used by a neighboring biorefinery. A world first.

In the north of Alsace, the idea, for the past twenty years, has been to take advantage of the particular subsoil of this region. Within crystalline Palaeozoic rocks, beneath a Triassic layer formed of sandstone, sinking in places up to 5 km below the surface, natural fractures let circulate the infiltration waters which come to warm up there until at nearly 200° C.

In the  Paris basin (whose rocks are sedimentary), the temperature gradient, 33 ° C per kilometer deep, is very constant. However, it is very variable in Alsace, sometimes reaching 100 ° C per kilometer. We are here in the field of deep geothermal energy, still little explored.

The heat of deep water is used directly

The experimental installation of Soultz-sous-Forêts had made it possible to study the possibilities of exploiting this source of energy supplied by the Earth. Today is the concrete phase which begins with the inauguration, on June 7, 2016, of the Rittershoffen power station, a few kilometers from Soultz, set up by Electricite de Strasbourg (ES). The installation draws water (very salty) at 2,600 meters deep, and collects it between 150 to 170 ° C, with a capacity of 24 MW thermal (i.e. in the form of heat). But from there, the plant is doubly original.

The first unusual feature of Rittershoffen is the fact that the heat of the water is not used to make electricity, using a turbine and an alternator, as in the video above. It is the heat itself that is collected and used directly.

The exploitation of deep water by the SGS principle

The second originality is the fact that this heat is not used to heat homes but for an industrial installation, in this case a plant for processing vegetable raw materials, the company Roquette Frères (fifth largest producer of starch ), located in Beinheim, fifteen kilometers away. With the hot water received, a steam generator will cover a quarter of its heat needs, avoiding the emission of 39,000 tonnes of CO2 per year.

In addition, the Rittershoffen power plant is also distinguished by the technique of ensuring a good connection between the borehole, from 2 km deep, and the granite fractures in which the geothermal water circulates. These natural pipes may be insufficient or clogged due to the mineral load. To improve circulation, there are chemical techniques (injection of acids ), thermal or mechanical. Tested in Soultz-sous-Forêts, hydraulic fracturing , used to create a sort of underground exchanger, had caused a small earthquake in 2003 that made the project leaders back down. Here, the principle is that of the SGS, stimulated geothermal system, or EGS (for  Enhanced Geothermal System ). The water, once cooled, is reinjected to the depths where it came from, with light treatments to “stimulate” existing fractures.

This long experimentation, from Soultz-sous-Forêts to Rittershoffen, gives today a good vision on the possibilities of deep geothermal energy , in particular in Alsace, where EDF has other projects. On the day of the inauguration, its CEO, Jean-Bernard Levy, mentioned those from Wissembourg, further north, near the German border, and from Illkirch, near Strasbourg.