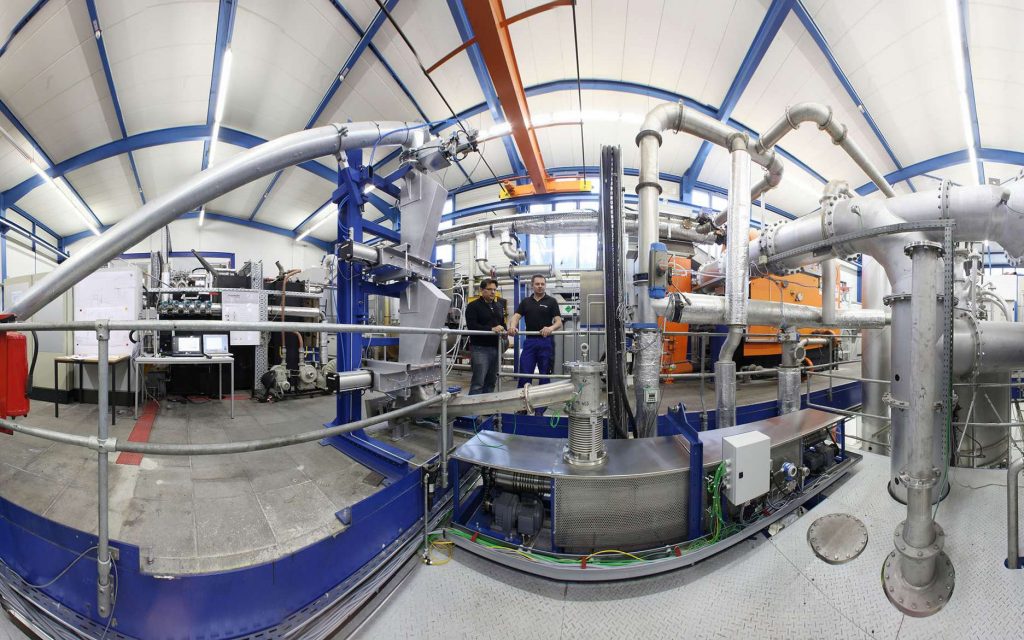 In the range of renewable energies, that which can be drawn from biomass has the advantage of not being subjected to the vagaries of the weather like wind or solar can be. However, the yields from biomass recovery plants remain unsatisfactory. With their installation called “biobattery”, German researchers offer an innovative solution.

German researchers from the Fraunhofer Institute for Environmental, Energy and Security Technologies (UMSICHT) have designed a facility called biobattery, capable of drawing energy from biomass considerably more efficiently than what was done until now. Two main reasons for this success: the biobattery transforms a much wider range of biomass into energy than traditional factories and it provides, in addition to electricity and heat, products with high added value such as biogas, organic motor oil or biochar, a charcoal for agricultural use.

Recall that in the world, biomass is the third source of renewable electricity, behind hydraulics and wind. In 2012, however, electricity production from biomass (326.2 TWh) represented just over 1.4% of overall electricity production (22,613 TWh). Among other things because today, only a small part of the biomass is transformed into energy. The biobattery developed by German researchers can, for its part, take advantage of sewage sludge, green waste or household waste, production residues from the food or paper industry, straws or even excrement animals.

The installation involves a series of techniques, all respectful of the environment. The heat necessary for its proper functioning, for example, is produced from biomass. The same one that also serves in the rest of the process. But the heart of the installation, there is a concept that experts call the reforming by catalytic thermal (thermo-catalytic reforming , or TCR) and allows to rearrange the atoms of carbon which form the organic material.

The raw material, therefore composed of organic waste of all kinds, is placed in a sort of funnel and cut off from any contact with oxygen. It then falls into a reactor equipped with an endless screw which makes it possible to stir the whole continuously. This is where organic matter is heated and it breaks down into biochar and vapors. The process used at this stage avoids the formation of tar or other harmful by-products. Further, high temperature catalytic combustion continues for the vapors and the biochar. What optimize volumes and quality of production.composed of biofuel and water. The residual gas is cleaned.

Numerous outlets for the biobattery

The products resulting from this new treatment can be used in different ways. The biofuel can therefore be used to achieve biofiouls for marine or aviation. It can also, like the residual gas, be used in a cogeneration plant, to produce electricity or heat. The water, which contains many biodegradable carbon chains, can be reinjected into the cycle and thus increase the efficiency of the installation. Biochar, on the other hand, can be burned or used in agriculture to restore and fertilize soils.

After demonstrating its effectiveness in the laboratory, the UMSICHT researchers launched a pilot plant. It transforms 30 kg of fermentation residues into energy products every hour. And it converts more than 75% of the energy trapped in biomass into usable energy. A performance which, according to Professor Andreas Hornung, the team leader, could be further improved by the use of mobile latent heat accumulators.

The modular design of the biobattery also makes it possible to limit the initial investments and the financial brakes which sometimes oppose conventional biogas production installations. The factory can indeed easily be enlarged, depending on its ramp-up. A start-up from UMSICHT called Susteen Technologies GmbH has already started to use the concept in pilot factories in Germany but also elsewhere in the world.

Finally, the last advantage of the biobattery: as the name suggests, the installation can also be used for energy storage. An advantage which, at the time of the energy transition , could prove to be decisive. Because the biobattery could help to balance production and demand on an electrical network destabilized by the injection of intermittent renewable energies. How? By consuming the electricity produced by wind or solar energy, for example, during peak production or consumption peaks, and by restoring this energy, in one form or another, during production or consumption peak.