Artificial reef: the tire fiasco at sea in the Alpes-Maritimes

Artificial reef: the tire fiasco at sea in the Alpes-Maritimes 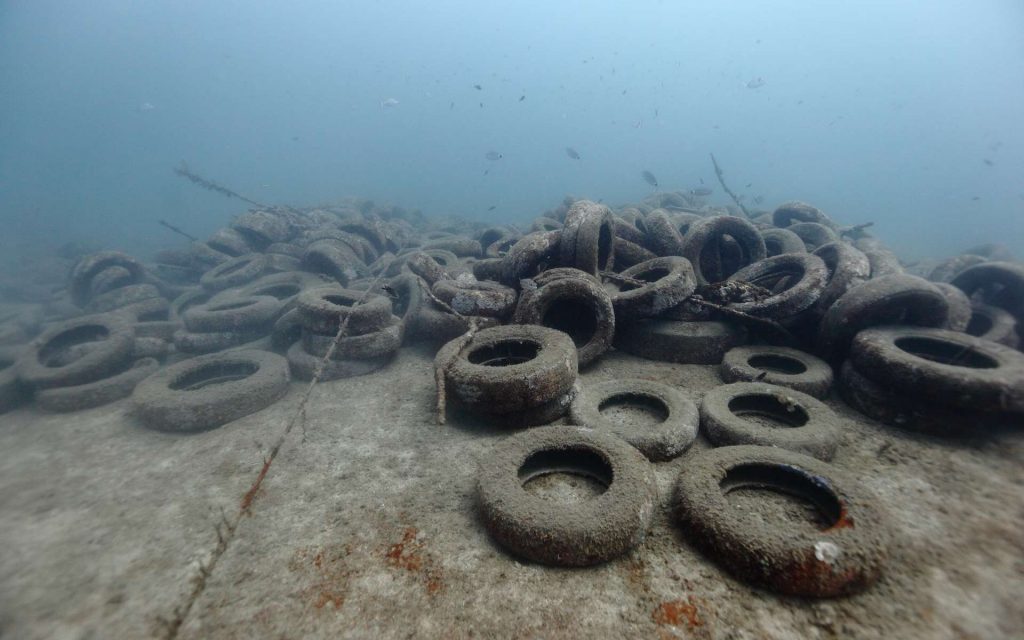 In the 1980s, 25,000 tires were dumped off Golfe-Juan to serve as an artificial reef. Faced with the failure of the operation and the risk of pollution, they are being removed.

They were to promote wildlife and underwater flora and attract fish. Between 1980 and 1989, 25,000 tires, or 8,141 cubic meters, were immersed in the protected maritime area of ​​Vallauris Golfe-Juan (Alpes-Maritimes), classified as a Natura 2000 site, to serve as an artificial reef. At the time, the project promoters hoped to support professional fishing in an area poor in fish. Thirty years later, we have to face the facts: not only has colonization never taken place, but the tires have gradually disintegrated and small quantities of heavy metals escape. In addition, the tiresscattered threaten nearby coral habitats and crush or cover the Posidonia.

A first operation in 2015 made it possible to reassemble 2,500 tires. Since September 21, 2018, the recovery of the 22,500 remaining tires has started: 10,000 will be withdrawn this fall and a second campaign will be launched next spring to remove the last 12,500. A team of six to eight professional divers threads the tires on a rope and makes “collars” of 10 to 30 tires. Each collar is lifted using a parachute, then a crane to be stored in skips on board a ship. The tires will then be crushed and transformed into aggregates to make new objects or used in the form of energy recovery. The operation is funded to the tune of one million euros by the French Agency for Biodiversity (AFB) and the Michelin Foundation for 200,000 euros.

The same observation of failure was made in the United States, in Florida, where a tire removal operation was carried out between 2007 and 2010. Metropolitan France now has 90,000 m3  of artificial reefs and immersions have also carried out in the French overseas departments and territories (Martinique, Guadeloupe, Réunion, New Caledonia, French Polynesia). Most are located on the Mediterranean coast, in Languedoc-Roussillon and Provence-Alpes-Côte d’Azur. Today, concrete, composite materials and polymers (polyester, polyethylene ) are preferred, which constitute a better fixing support and resist swell and corrosion.